Dissecting an asthma inhaler with a dose counter

Back in the 90s, before Le Chiffre made asthma inhalers cool,1 my mother taught me how to tell if my Proventil canister was empty. If there was any of that sweet sweet albuterol left, it would float vertically in water, but if it went horizontal it was empty.

Apparently, in the years since I was a wheezyboy, inhaler technology has advanced a bit. Modern ones have clockwork contrivances to tell you how much is left, which I have to admit is convenient. 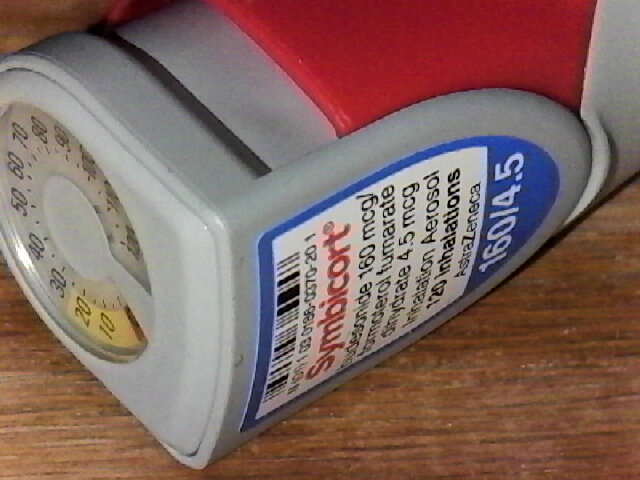 I got curious about its inner workings, so I pried the whole thing apart and took pictures.

Here’s the canister that holds the medicine and a propellant.2 The left part of the canister in this picture contains a valve that dispenses a consistent amount of medication each time the white stem is pushed into the body of the canister.

The other essential mechanical component of the device is the mouthpiece with its nozzle, which expands the squirt of medication into an aerosol so that it can make it all the way into your lungs. In this photo we’re looking straight down the nozzle.

Again back in the 90s, when my inhaler was tumbling around my green and purple nylon fanny pack, it would probably actuate uselessly sometimes. These days, the mouthpiece cover prevents the actuation from happening by blocking it:

Since they’re using the mouthpiece cover for that, it has to latch on so it doesn’t just fall off. They include unlatching instructions: 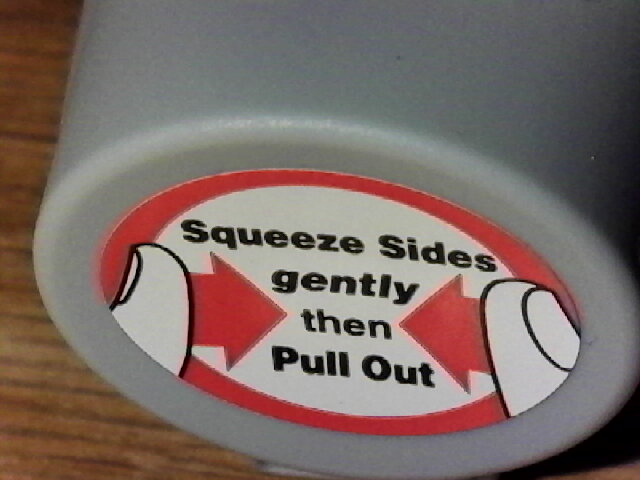 Hah. Okay, so now let’s look at the dose counter. 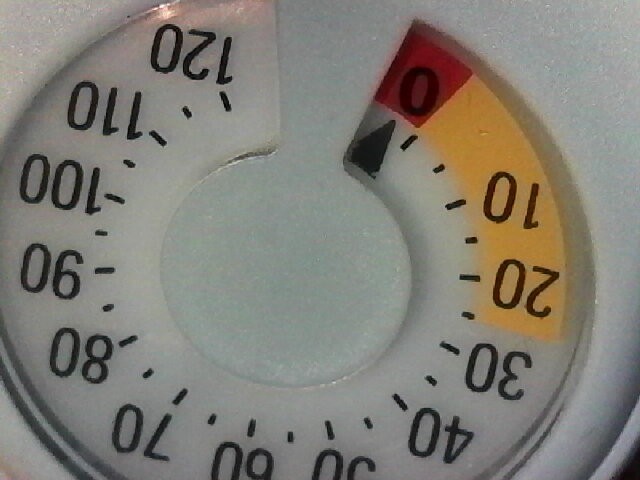 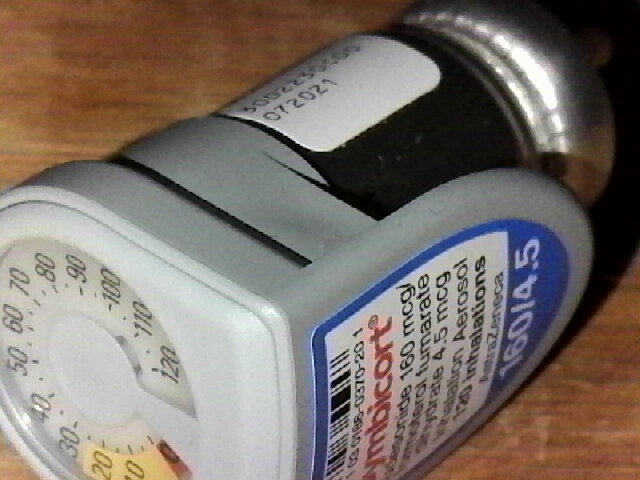 How does it know when you’ve done a puff? The red body of the inhaler has a tab that sticks out, and it pushes a lever inside the grey cap. 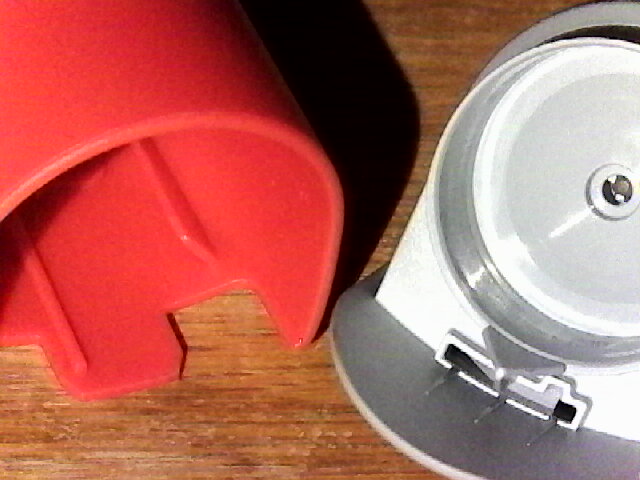 Pushing the lever turns this worm gear a partial turn. 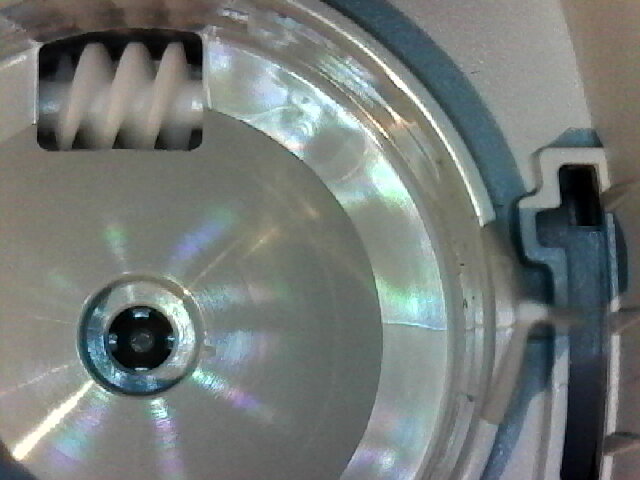 That’s the underside, here’s the top: 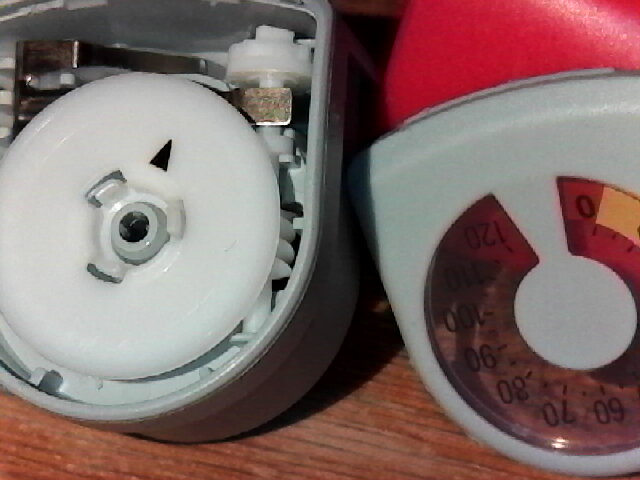 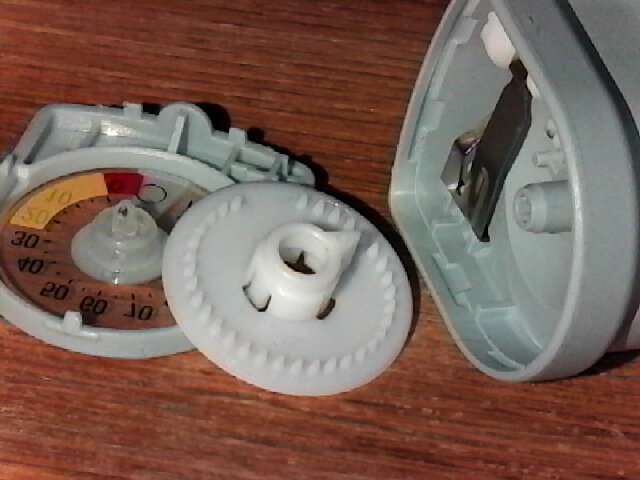 The dial has rack-style teeth around its edge, which are moved by the worm gear. The black gunk is graphite, I was trying to turn it with a pencil. 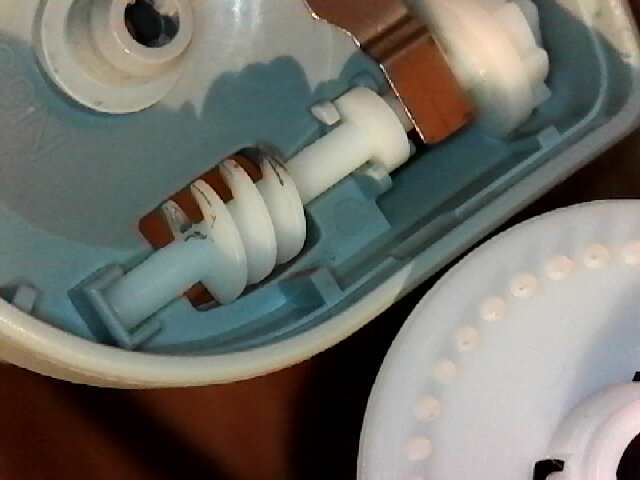 How exactly does pushing in the red tab turn the worm gear? The tab pushes a pin, which turns this ratchet wheel: 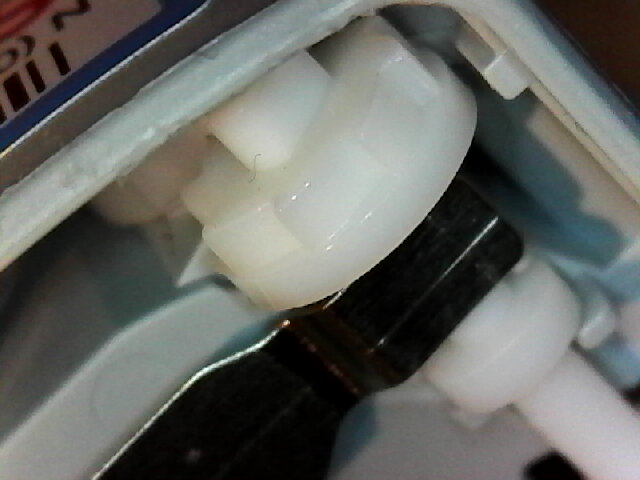 Here I’ve taken out that pin, the spring that holds it down, and the ratchet - worm gear spindle. 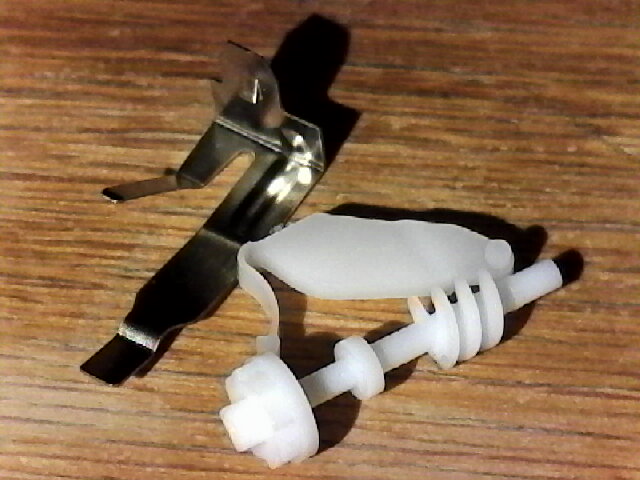 The pin has a dangly bit, does it count as a flexture? Anyway it looks like a devil’s tail. 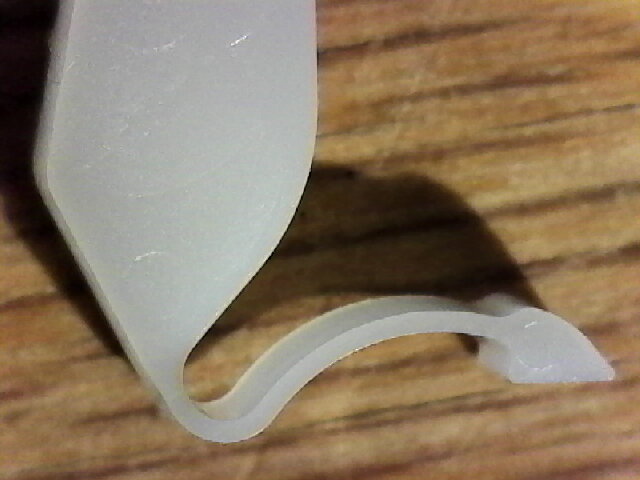 Here are all the parts laid out: 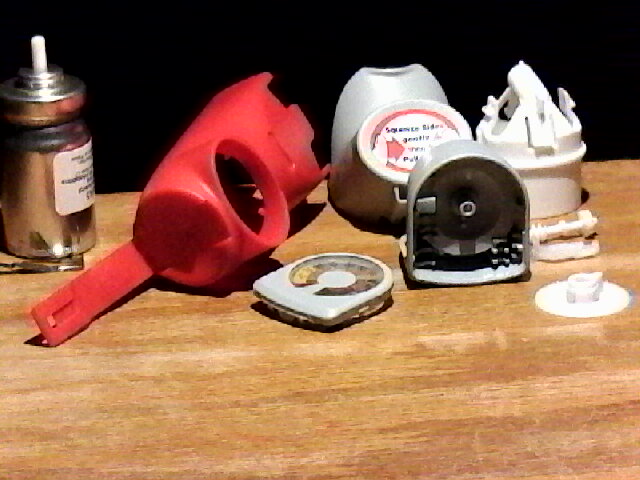 Finally, here are some close up details of random parts. 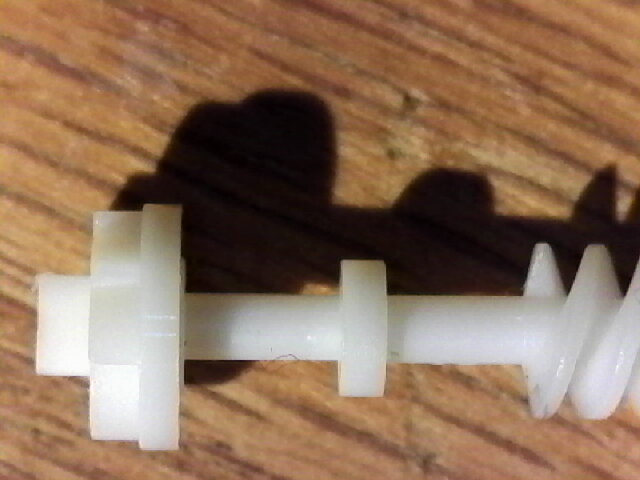 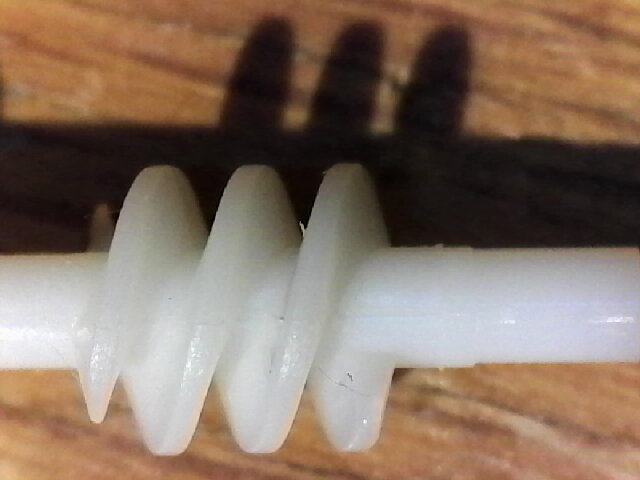 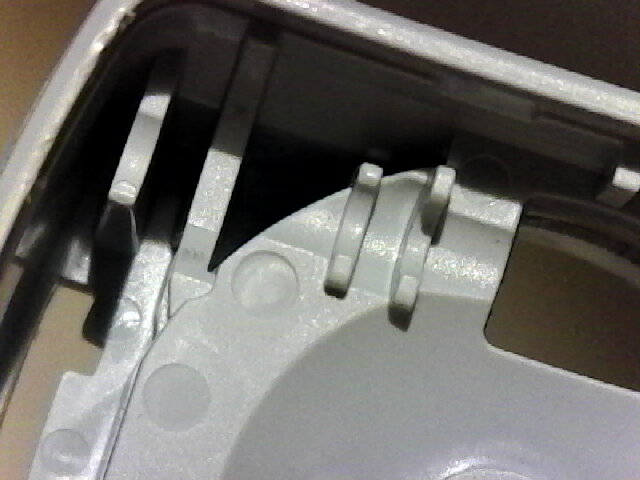 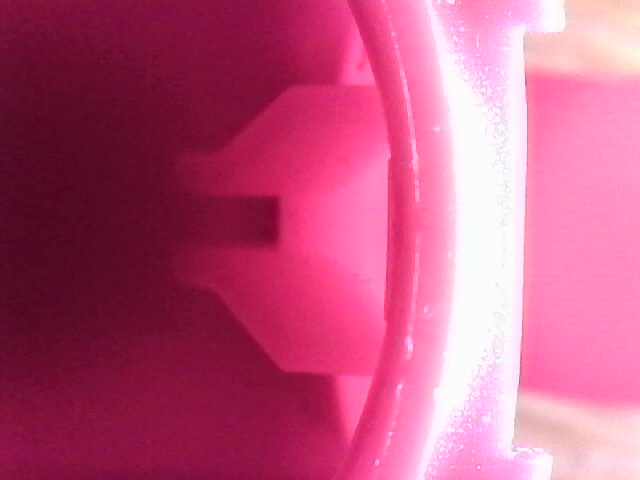 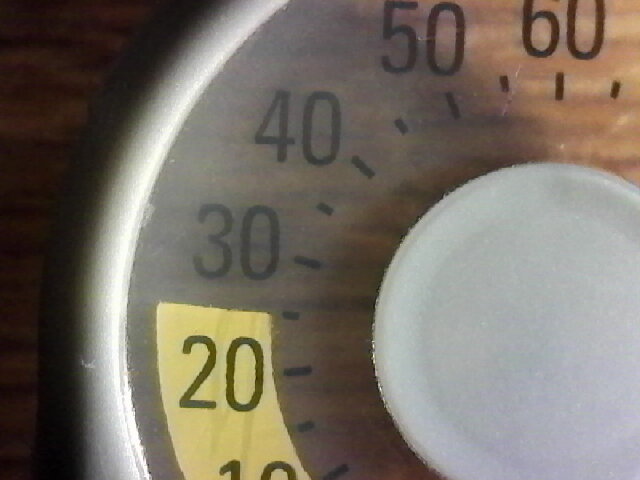 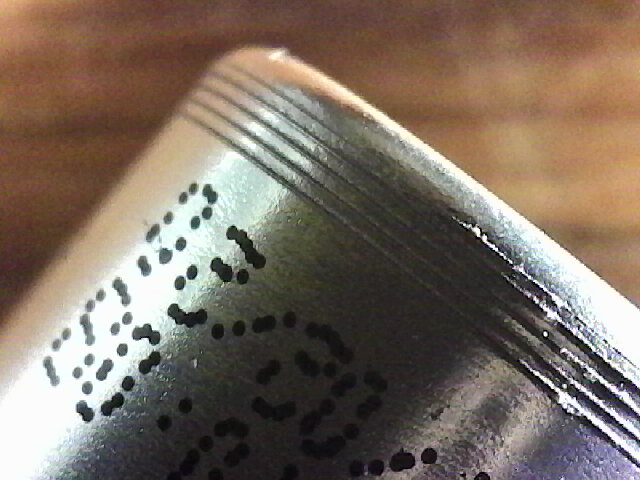 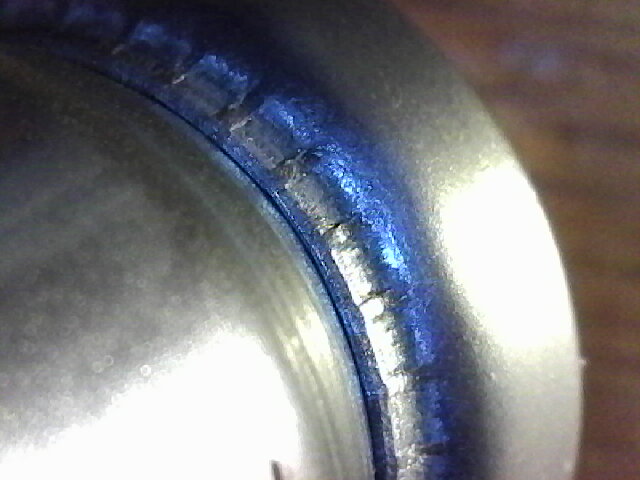 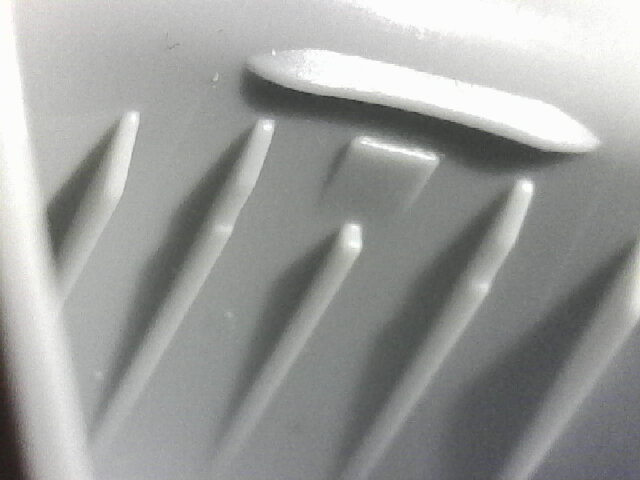 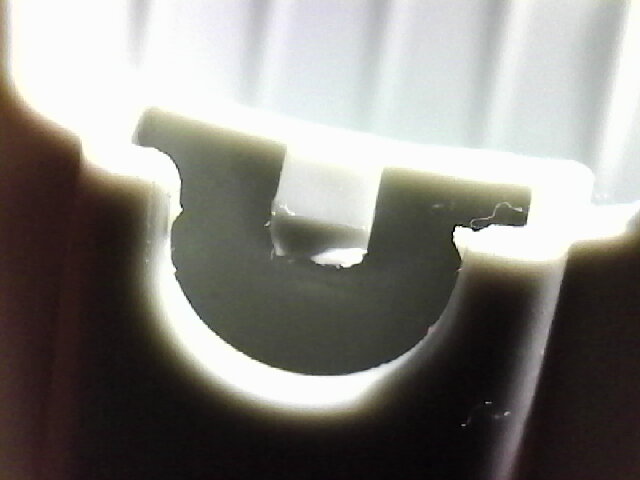 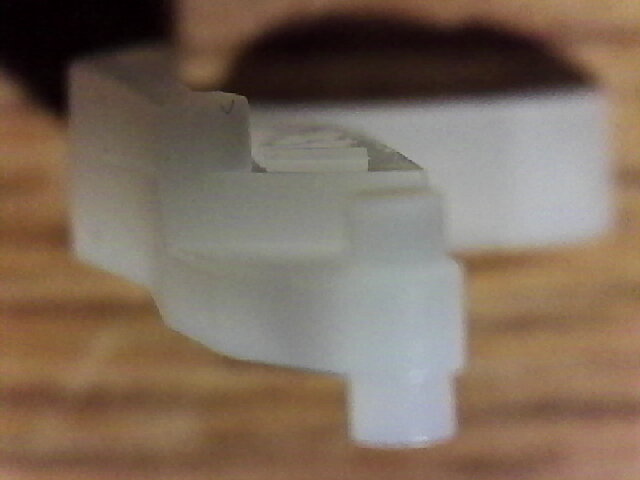 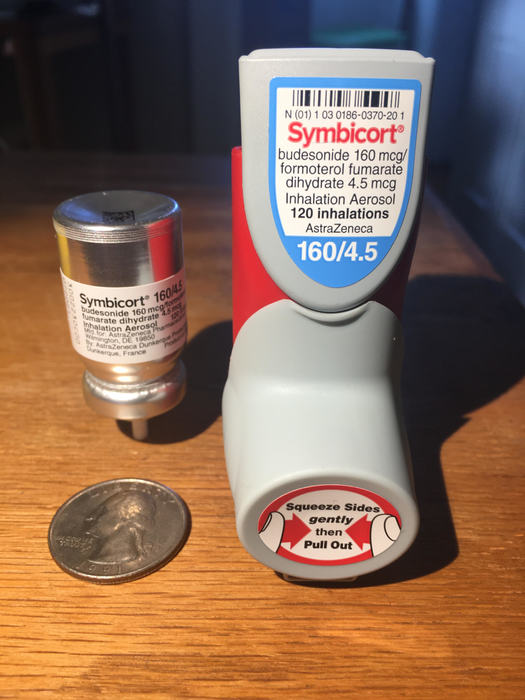